It’s crazy to think another year has gone by.  It’s crazy how slow a day can feel, but how quick 365 of them can go.  Looking back at the days of 2014, I can happily say I’ve accomplished a lot of what I wanted to do.

I rang in the New Year with my best friends – the beautiful people of Continental.  We worked until close, and then stayed up all morning drinking, laughing, and eating cheesesteaks until many of us had to work New Year’s Day Brunch. 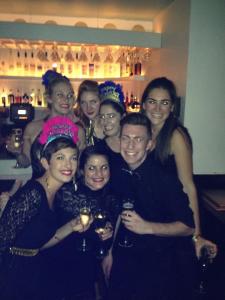 In February, Michaeleena and I traveled down to New Orleans, Louisiana for Mardi Gras.  One of our friends, Hannah, recently moved down there, so we visited and stayed with her.  She lived not too far from Bourbon Street or a lot of the parade routes, so we were able to bike to where we needed to get.  However, we borrowed her neighbors bikes, which were pink, sparkly, and clearly intended for an 8 year old girl.  Nonetheless, they did the job.  We rode all over New Orleans, attending as many parades and balls as we could.  And we drank.  A lot.  Looking back, I have no idea how we did it.  It was 7 days of waking up around 10 am and drinking until the early morning.  We had a ton of wild times that now make for great memories. 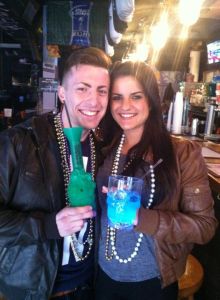 May was a tough month for me; it was very much a transition out of Philadelphia and onto the 4K.  I had to leave my beloved Continental, my apartment, my friends, and the amazingly beautiful city of Philadelphia to move back home for a week.  It’s so cliche when they say “you don’t know what you have until it’s gone” but it’s true.  I love San Diego for everything it is, but I miss Philadelphia.  I’ve grown up so much in that city.  It’s like a second home.  When I’m ready to settle down, Philadelphia might be calling me back.  But that won’t be for a while.

I left on my 4K for Cancer journey on June 1st, with 30 strangers and no idea of what to expect.  I knew it would be a life changing trip, but I didn’t know how special or unforgettable it would be.  I biked across the country, mountains, deserts, Kansas plains, and all, in the rain, wind, and extreme heat, and came out alive.  In fact, I came out even more invigorated to live life to it’s fullest.  And the people I met, the “strangers,” are forever family.  We were together through it all – the ups, the downs, the laughs, and the tears.  All of us still talk as we continue living our lives in different parts of the country and world (AK just moved to Prague!)  And we did and saw so many amazing things together: Washington DC, St. Louis, Boulder, Trail Ridge Road in the Rocky Mountains, skydiving and ATV off-roading in Moab, national parks (Arches, Zion, Bryce, and Yosemite), South Lake Tahoe, Napa, and so much more.  The 4K for Cancer was one of the best things to happen to me. 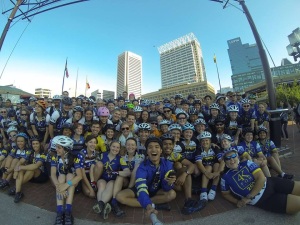 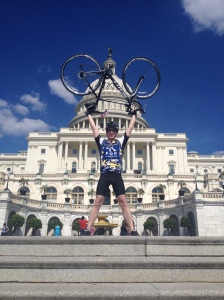 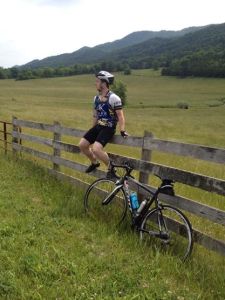 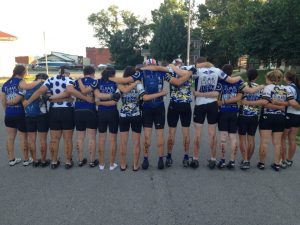 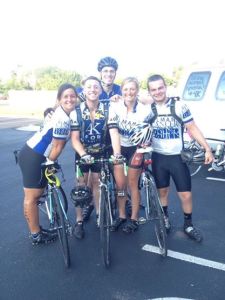 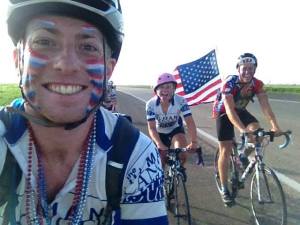 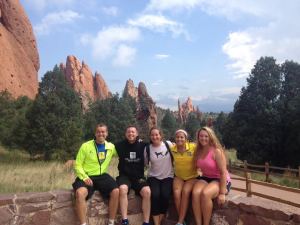 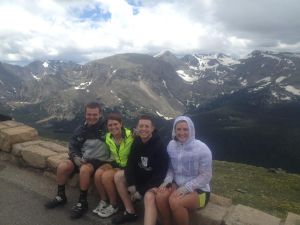 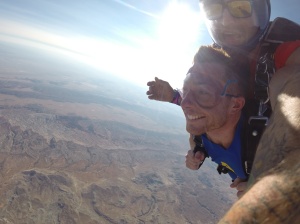 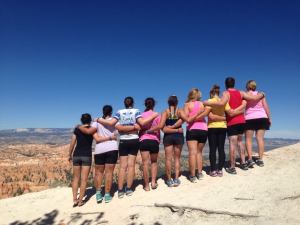 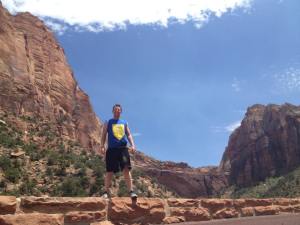 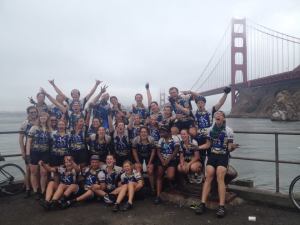 I arrived in San Francisco on August 9th with the support and love of my dad and my brother, Kyle.  We spent a week being tourists, exploring the city, and catching up on my trip and their summers.  The 4K also made me realize how much I love and appreciate my family.  I may not live at home, or near home, and definitely live a life of travel and adventure, but I know they will always be there for me.  And I can’t begin to explain how good that feels.  Wherever I go next, I know they will be supportive and encouraging.  And that’s why I love them so much.  It’s unconditional love.

After San Francisco, I rented a car and drove down the California coastline on Route 1.  It was a spectacular scenic drive that pictures just can’t do justice – definitely something everyone should do in their lifetime.  I spent a long weekend in Los Angeles with one of my girlfriends, Aly, who just moved from Philly in May.  We had a great time catching up and I got to see some of LA.  I hiked to the Hollywood sign, went to the Getty Center Museum, went out in West Hollywood, and spent some time on the beach in Malibu.

I then took a train down to my new home, San Diego.  After about 3 months, I was finally reunited with Michaeleena (she moved out here a week before I did)!  I spent about two weeks on her couch while I struggled to find an apartment or a job.  However, after being here for 4 months, everything has worked out.  I live in Hillcrest, the “gayborhood” of San Diego, have an awesome job with great coworkers, and am enjoying the west coast life.  Friends from Philadelphia and the 4K have already visited, and I expect more in the coming year! 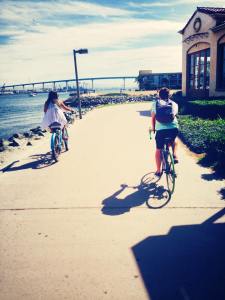 As I yearn for more adventures and travels in 2015, I can’t help but be proud of what I’ve done this past year.  For only working 9 of the 12 months, I’ve still been able to save money and am even more inspired for this coming year.  Thank you to all of my friends and family, far and near, new and old, whom I love and who loves me.  I hope I made your year as special as you made mine.

And cheers to 2015!  I’m currently researching and planning for a lot more crazy adventures and life changes.  Hopefully I’ll be able to travel enough to blog more often.

“Make a radical change in your lifestyle and begin to boldly do things which you may previously never have thought of doing, or been too hesitant to attempt. So many people live within unhappy circumstances and yet will not take the initiative to change their situation because they are conditioned to a life of security, conformity, and conservation, all of which may appear to give one peace of mind, but in reality nothing is more damaging to the adventurous spirit within a man than a secure future. The very basic core of a man’s living spirit is his passion for adventure. The joy of life comes from our encounters with new experiences, and hence there is no greater joy than to have an endlessly changing horizon, for each day to have a new and different sun. If you want to get more out of life, you must lose your inclination for monotonous security and adopt a helter-skelter style of life that will at first appear to you to be crazy. But once you become accustomed to such a life you will see its full meaning and its incredible beauty.” – John Krakauer, Into the Wild 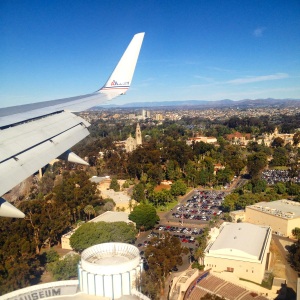 Where do you think I should go in 2015?  What are your plans for this new year?